The border of Montana and Idaho crosses these mountains.  As  I was traveling out of Billings, I had a goal of getting to Missoula to beat a snowstorm that was headed to Billings by Wednesday.  Missoula turned out to be a bit far.  These mountains appeared in front of me and I was stunned by the majesty and beauty.  The highway passes to the left of these mountains and heads up Bozeman pass.  Just before I headed up into the pass, I stopped for fuel in Livingston.  Livingston is a lively little town with sections that have been forgotten by time.  It is nestled between a couple of tall mountain peaks that are just stunning.

I’m from the east coast, where the air is more humid than the high plains.  In New England, as the air drifts up from the south, there is much more haze in the air not only from the humidity, but also from natural particulates like pollen, spores, dust.  Out here, the air drifting down from higher elevations (and Canada) is much drier – I’m struck by just how clear the air is and the distances one can see. 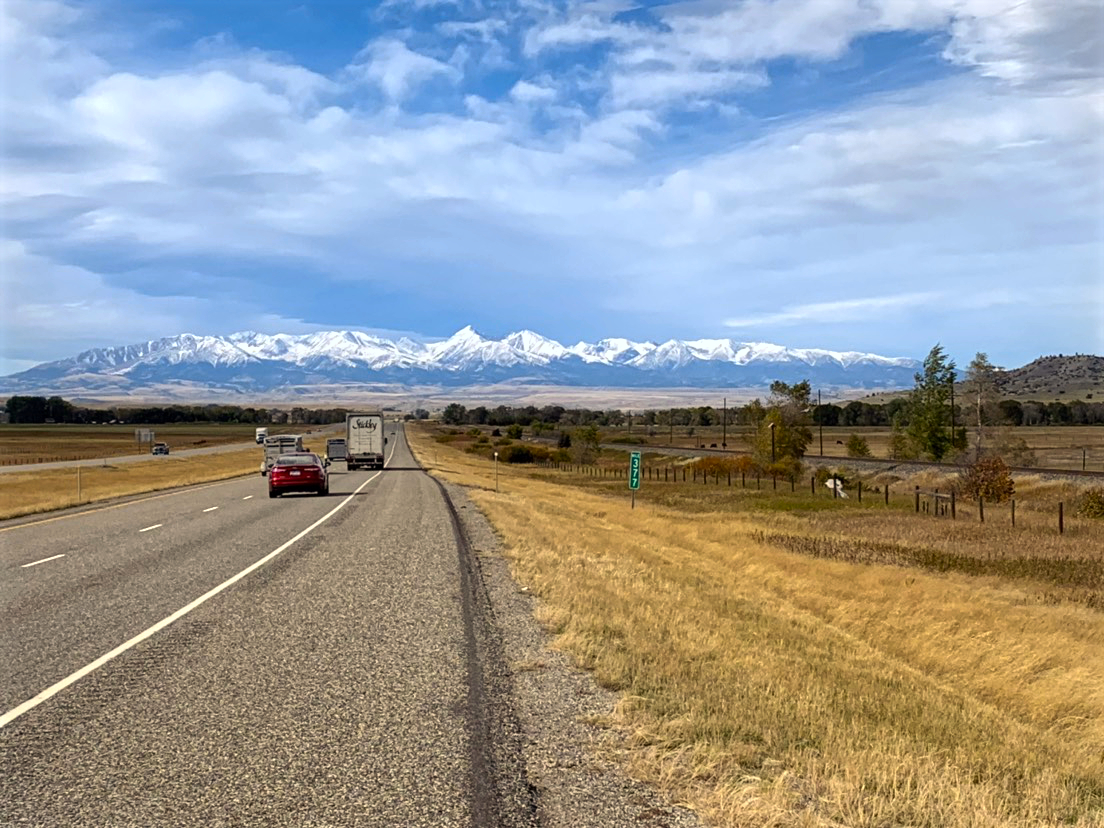 Heading Toward the Sunset